Early in life I planned a lot. In the last few years, however, I increasingly respond to what is arising and allow myself to go with the flow. This experience can be described as leading from the unconscious.

The Portals of Perception project is a case in point. The teleology of the endeavor leads me and the Portals team by revealing its own emergent intelligence. Curiously, the more I learned to trust my process, the better facilitator I have become, and the greater the impact our strategy and innovation workshops have had on executive teams’ successes.

During a recent major event for a client, the executive team reached a critical poignant decision-making moment. I did not know what to do. The workshop’s “next step” knowledge escaped me at that moment. I took a deep breath and relaxed into not knowing. The next step revealed itself a moment later.

I have learned that the more comfortable I am with not knowing, the better able I am to lead the client team into its discovery and emergent possibility. Although I knew this conceptually 20 years ago, it took me all these years to truly embody this knowledge in a way that liberates clients to discover and explore their vulnerability and greater power.

In this update you will find two fascinating conversations exploring purpose at work and the evolution of AI.

“Relationships are the most important part of life and work,” says Aaron Hurst in our Create New Futures podcast conversation The Science of Purpose at Work.

“People consider that technology is something that is separate from the person themselves. My view on this is that, actually, technology is a representation of our current state of mind,” offers Dr. Alan Litchfield in a Portals of Perception conversation about the Evolution of Artificial Intelligence.

The Science of Purpose at Work with Aaron Hurst

In this episode, Aaron and Aviv engage in a dialogue on the inquiry of purpose. Aaron breaks down the distinctions among purpose, meaning and fulfillment and shares best practices for cultivating a purpose mindset. The conversation examines the idea that learning and thriving at work are contingent on engaging in meaningful dialogue and fostering robust relationships. Finally, Aaron speculates on the future of work and how it will change in the coming decades to give workers more autonomy and offer more opportunities for connection.

Aaron Hurst is the CEO and co-founder of Imperative, a peer-coaching platform that unlocks the power of peers to support and help each other become increasingly more effective and fulfilled. Aaron is an expert on the science of purpose at work and the author of The Purpose Economy. 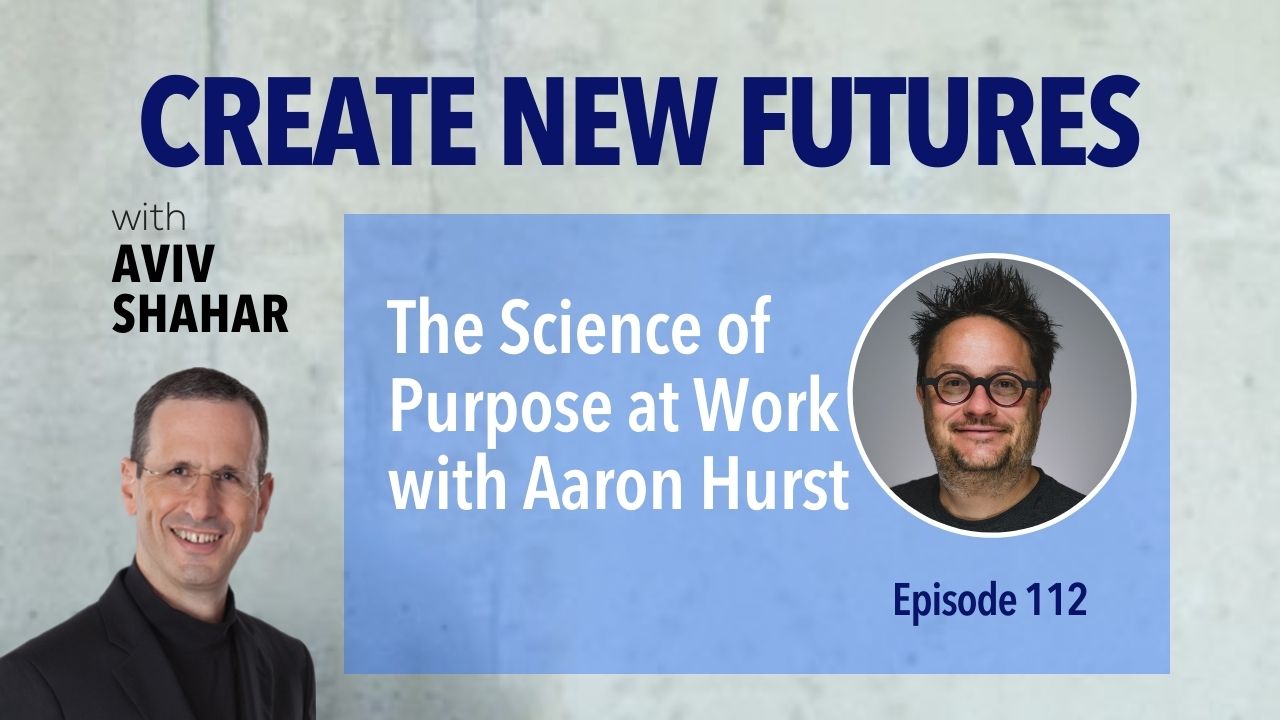 Listen here: Episode 112 – The Science of Purpose at Work

“Ten years into Taproot, what I saw was that people were doing pro bono work to make their work meaningful because they didn’t get meaning out of their work.” (09:05)

“The way I like to think about fulfilling work is it’s a lot like parenting. It’s not all joy. There are moments of joy, but there are also moments of struggle, frustration and going through a journey together.” (16:42)

The Evolution of AI with Prof. Wai (Albert) Yeap and Dr. Alan Litchfield

The central propulsion of Portals of Perception is an inquiry about how we humans evolve with our consciousness and perception. In this conversation, we seek to appreciate how the nature of human experience and perception are interrelated with technology. In other words, how our natural human capabilities and cognition correspond with, shape, and then are influenced by the technologies we build.

Professor Albert Yeap is the Director of the Centre for Artificial Intelligence Research at the Auckland University of Technology. His quest to unlock the secrets of the human mind brought him to focus on two of its major faculties: space and language.

Dr. Alan Litchfield is Director of the Service and Cloud Computing Research Lab at the Auckland University of Technology. His current research delves into novel and new technologies and explores how they might mediate the empowerment of individuals.

Watch the multi-parts conversation about the evolution of AI with Prof. Wai (Albert) Yeap and Dr. Alan Litchfield.

As we explore the future frontiers of artificial intelligence, beginning from the traces of the last 70 years of the computing revolution to the advent of the internet, we observe that its progression has been anything but linear. Just when it appears as though nothing much is going on, for example, something disrupts and opens new possibilities in a major way.

Are we nearing an inflection point now where AI is about to over-deliver on its potential with a surprising and significant leap forward? Or is AI, as some experts believe, still a high-velocity pattern recognition engine that is not seriously approaching more of the intuitive human capacity to perceive and create?