In my previous Key, Collective Intelligence #2, I briefly traced a journey that began in my teen years when I led groups in the Israeli youth movement and subsequently developed into working globally with cohorts, communities and executive teams in some of the most admired companies in the world. In this Key you will find part 2, where we begin to map the intelligence terrain.

Worldwide, organizational systems of all sizes that are unable to adapt to the pressures of volatile, complex, and ambiguous change will experience breakdown and implosion. To meet these challenges and opportunities, I proposed that inquiring into, and discovering how to facilitate the emergence of collective intelligence has become critical.

How can an organization address fast-moving ambiguous change and crisis? How can a group of people escape the collective dysfunction and breakdown syndrome? Under stress and threat, as people feel unsafe, they tend to pivot into amygdala-triggered cortisol powered behavior. Such fight-flight reaction locks people into a polarity that becomes the biggest obstacle to wisdom and intelligence. The transformational work required to answer these questions involves developing a new organizational operating system. An essential part of this upgrade compels us to engage people in a way that taps into and elicits their collective wisdom and intelligence. 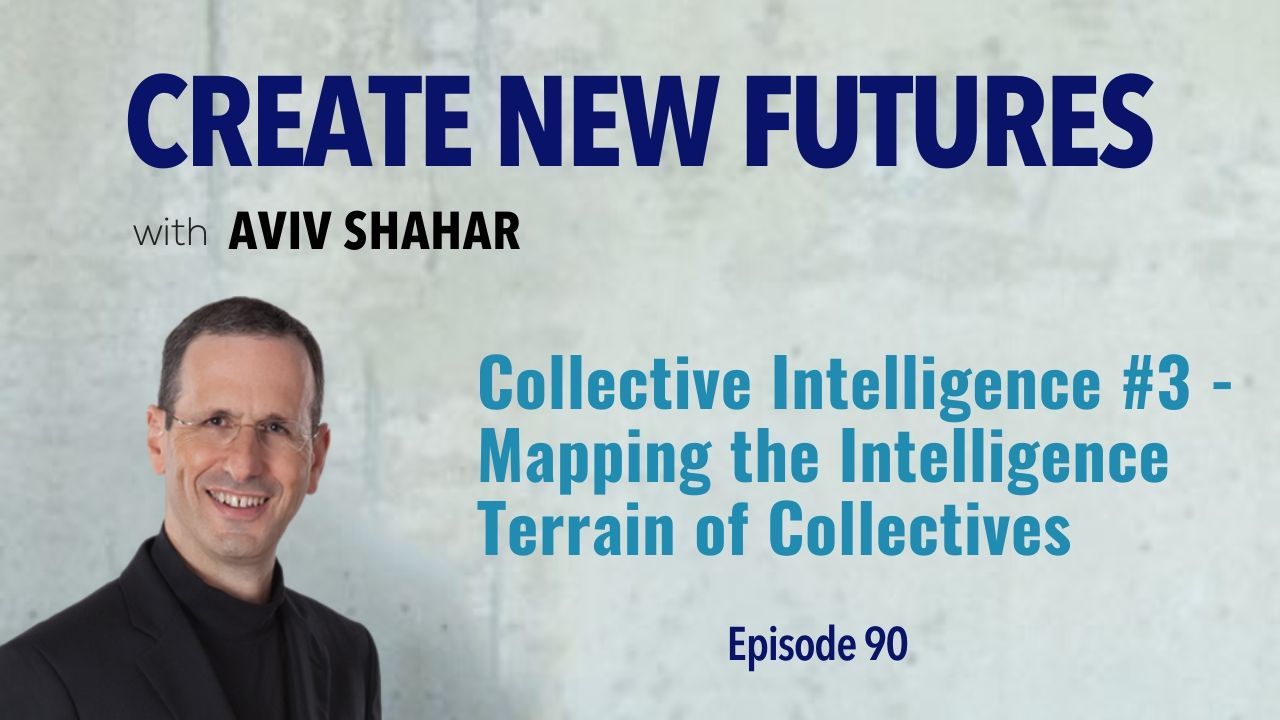 My assertion in the earlier Key was that approaching collective intelligence as a general idea was unsatisfying and insufficient. To instantiate the point, we outlined several "collectives" that generate intelligence. In particular, we categorized collectives through three lenses: content, character and cause.


We now can begin mapping the intelligence terrain. A fuller rendering of the categories of intelligence requires one or more books. In this short article, I present an abbreviated starter into this vast territory.

The Intelligence Terrain
A useful approach to the search for collective intelligence requires that we first define what we mean by intelligence. In my work, I use the word in two ways that have different meanings: as a capacity and as a source.

There are other dimensions to consider when appreciating intelligence as a source, such as altitude, level, and stage of development. We will reflect on these in a future Key in this series as we explore ideas about collective intelligence.

In every endeavor there are times that feel like you are swimming downstream and then there are times where the experience is one of swimming upstream. Begin each venture by seeking to understand the collective you are called to serve by appreciating its content, character and cause. Then proceed with clarifying the inquiry that guides the effort and the intelligence stream your group hopes to source.
To meet the challenges now facing all organizations and humanity at large, we must find ways to engage and access emergent realms of collective intelligence. For too long humankind largely has been separated from the sources that bless and support life's higher potential, limiting people's ability to operate and express themselves to a very narrow range of their immense creative capacity. The sources of human intelligence go far beyond a Google search. When facilitated and approached wisely, any human endeavor can be supported spontaneously by fantastically broad natural realms of intelligence. How will you play your part in this development?

A Healthy Relationship with Failure with Miha Matlievski 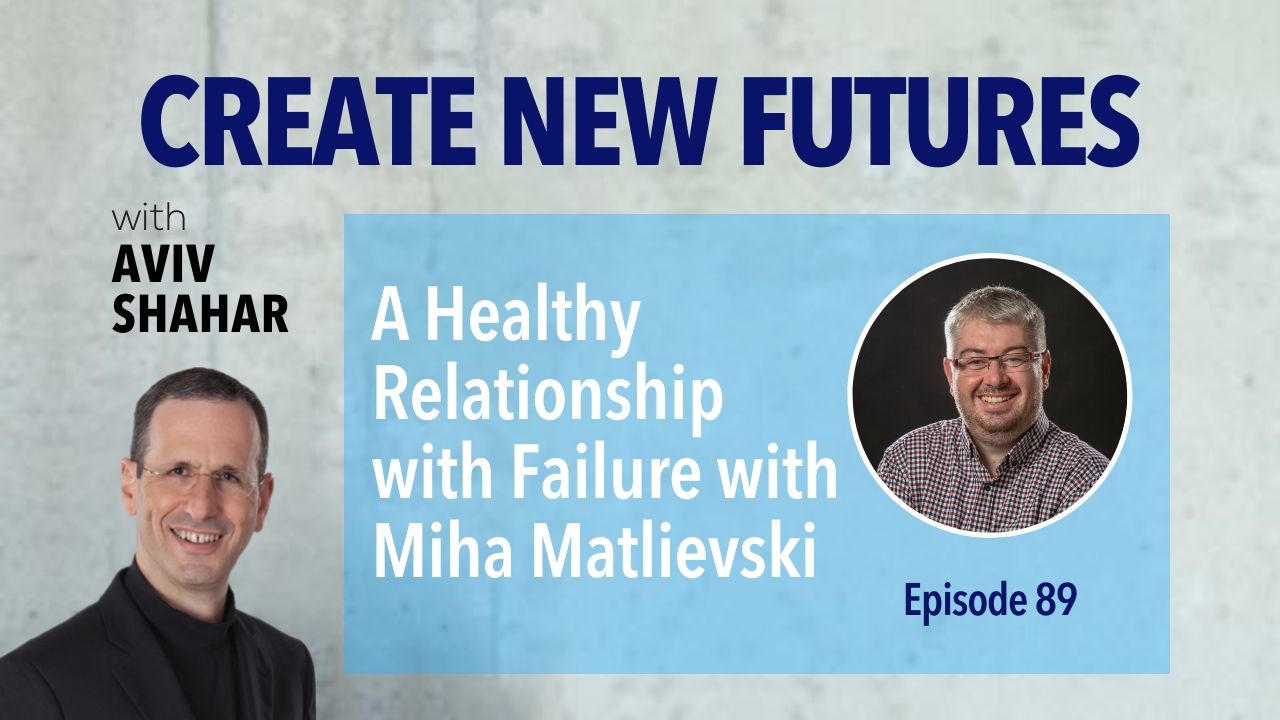 Miha Matlievski is business coach focusing on helping entrepreneurs and business executives. His approach was shaped by what he describes as an epic failure that eventually led to a redemptive renewal and a new beginning. Miha's passionate pursuit and hard work have resulted in four successful businesses and a personal net worth of fifteen million dollars by his mid-twenties. In this episode, Aviv and Miha expound on the importance of utilizing logic over emotion to develop a healthy relationship with failure to foster success. Miha analyzes the three vectors of freedom, including the freedom of time, money and self-knowledge. Finally, Miha shares his insights on maintaining a growth mindset and the inherent value of reflection.

00:41 - Aviv introduces today's guest, Miha Matlievski who shares his unbelievable journey of entrepreneurship
12:29 - Miha opens up about what he enjoys the most about his work and defines entrepreneurial freedom
16:43 - Miha expounds on his engagement model and other strategies he utilizes to coach and help entrepreneurs
24:14 - The psychological and emotional aspect of success and failure
29:17 - Mindsets and other critical skills for successful entrepreneurs
39:35 - How Miha has shown courage as a coach
43:07 - Where Miha sees himself in seven years
43:48 - Two learnings Miha values above all others and final words of wisdom from Miha

"I enjoy, mostly, when I can help people who come from places of adversity - I don't know, somehow that warms my heart even more - and when I help entrepreneurs actually achieve freedom." (12:44)

"Sometimes I'm not the best person for the next phase. Sometimes they [entrepreneurs] need something different than what I can offer them. So, I'm not always the best for every situation. I do know, with my team, how to do the due diligence." (23:36)

"You cannot succeed without failure; that's a given. Let's be honest, unless you've never tried entrepreneurship then you know that to succeed you have to do a lot of trial and error. And, if you're an entrepreneur, the bigger and the crazier your goal, and the vision, and the dream is, the more you have to be outside your comfort zone." (24:27)

"I think, at the end of the day, we have to balance scarcity and abundance and find a balance between those two." (31:35)

"The more things started to become less about me and more about others and what I want to do in this world, the easier things became." (41:11)

"The world is turning so fast. What I do know is that I will keep living in huge alignment with who I am, with my values, with my beliefs. My priorities they might change, but I know I will be pursuing what I believe in and what I stand for. And that's really, in all honesty, all I need to know about my future." (43:20)